Common Causes of Truck Accidents By Hardin Ramey on August 11, 2021 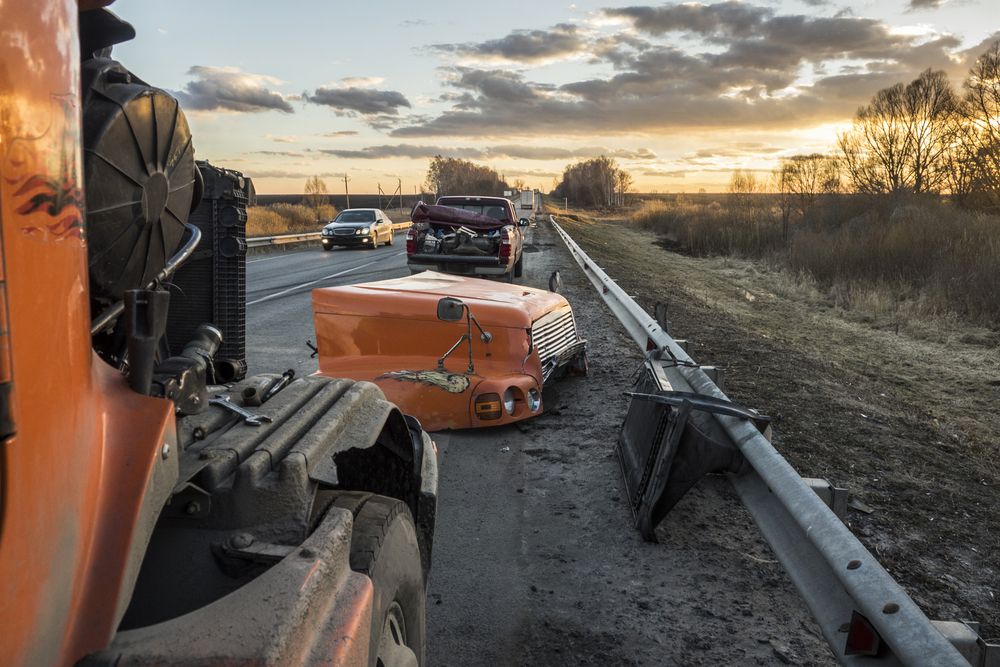 Commercial trucks are substantially larger and heavier than most other vehicles on the road. As a result, accidents involving trucks tend to cause catastrophic injuries and costly financial losses, particularly for those who are in smaller involved vehicles.

There are many safety regulations in place to minimize the risk of a truck accident, but collisions still occur, and they pose a huge threat to Dallas, TX, drivers. Here, truck accident lawyer Hardin R. Ramey discusses some of the most common causes of truck accidents.

The Federal Motor Carrier Safety Administration and National Highway Traffic Safety Administration conducted a large truck crash causation study to determine the most common causes of commercial truck accidents. The study examined a sample of 963 crashes that took place between April 2001 and December 2003. Among the accidents studied, drivers were assigned as the critical reason behind the crash in 87 percent of cases.

The study further broke down the four major ways in which drivers caused large truck crashes:

Though far less common than driver errors, vehicles were identified as the critical reason for a crash in 10 percent of cases. There are a wide range of vehicle issues that can lead to a car accident, including:

In a small number of studied crashes - just three percent - the environment was found to be the critical reason for a large truck crash. Environmental factors that may cause a truck crash include rain, wet/slick roads, fog, snow, and poor road conditions, i.e., potholes, insufficient guardrails, lack of traffic signs, etc.

Determining the cause of a truck accident is vital, because it allows crash victims to hold liable parties accountable for resulting damages. If you have been injured in a truck accident, Hardin R. Ramey and his team can gather the evidence necessary to prove fault for the collision so that you can pursue the compensation you are due. To schedule a consultation, send us a message online or call our Dallas law firm at (972) 437-5577.